Outcome of meeting of the Political Committee in Cagliari

Outcome of meeting of the Political Committee in Cagliari

The Political Committee organised a meeting in Cagliari in Italy on Sunday 23 September 2018 in order to present their recommendation on “Migrants and Refugees in the Mediterranean” and to discuss the current political situation in the Mediterranean basin as well as the forthcoming setting up of a permanent PA UfM secretariat in Rome.

During their debate, the delegates placed emphasis on Palestinian refugees and on those fleeing the Syrian conflict and considered the draft of the recommendation complete and well balanced.

Following the exchange of views on the current political situation in the Mediterranean region, the discussion tackled the issue of the Israeli and Palestine conflict and the recent US unilateral decision to move its embassy to Jerusalem. 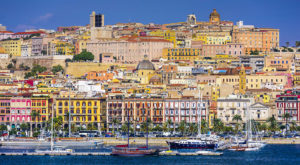